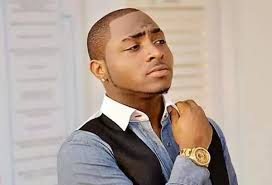 Some few day back, the singer, Davido,welcomed a new baby girl, Hailey Veronica Adeleke, with his US based baby-mama, Amanda.

As this is very good news to many, a certain person isn’t at all happy or pleased at the news and has made it clear as well.

Ayomide Labinjo, Davido’s alleged baby-mama, has made known her feeling about the new addition to the Adeleke clan.

Recall, Ayomide accused the singer of impregnating her three years ago and abandoning his responsibility as a father, an allegation, Davido has publicly denied, with Ayomide further asking for a repeat DNA, which was again turned down by Davido.

Our lawyer has sent a letter to Davido’s father since April 20, 2017, we have not got any response till now. I am not happy about this whole situation. Why would I be happy for Davido? He should be taking care of Mitchell the same way he is taking care of Imade and I know how he is going to take good care of this one. What is my own offence?” she queried.

On Davido acting that way with her child because he does not believe he is her father, Ayomide said

“What do you mean please? Then why isn’t he coming out for the DNA since he is denying the little girl? Why has his father refused to get back to the lawyer? David is the father of my daughter, at least I was not raped. I know who impregnated me! Besides, if he doesn’t want to go for the DNA, he has siblings. Let them come out or probably go the traditional way to know if she is their daughter or not.

“I don’t know and I don’t care about any ‘Americana;’ all I want is for him to take care of Mitchell. She’s also his daughter and first child for that matter,” she said.

Originality is What I do! While Some MC’s Do Too Much — Lil Kesh

“Why I Didn’t Work With Kizz Daniel &…