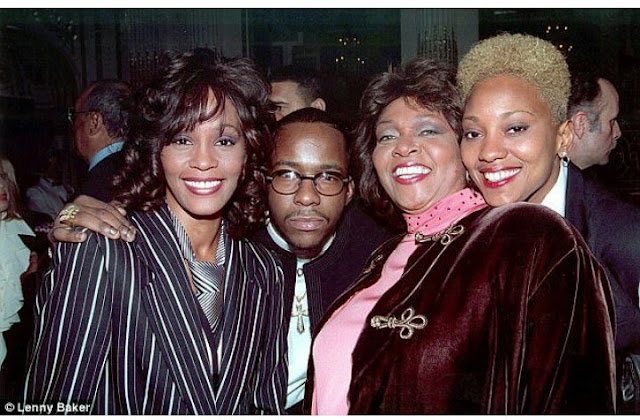 New documentary has revisited Whitney Houston’s sexuality. The documentary titled Whitney: Can I Be Me?, which talked about the iconic singer’s sexuality will be released in August. Bobby Brown, the late singer’s ex husband, has previously suggested she was in a gay relationship with her assistant Robyn Crawford

According to People, stylist Ellin Lavar says on the movie, which debuted at the Tribeca Film Festival on Wednesday: ‘I don’t think she was gay, I think she was bisexual.”

Robyn [now 56], provided a safe place for her … in that Whitney found safety and solace.’ Member of security Kevin Ammons also said: ‘Robyn and Whitney were like twins.’ ‘They were inseparable. They had a bond and Bobby Brown could never remove Robyn.

He wanted to be the man in the relationship.’ In June last year, Whitney’s ex, Bobby Brown, claimed to UsWeekly, that Whitney had a sexual relationship with Robyn. ‘I know,’ the 47-year-old hit maker said.

‘We were married for 14 years. There are some things we talked about that were personal to us,’ he added. He also claimed that the star’s mother Cissy did not approve of the relationship, causing Whitney to be lonely.

In his book Every Little Step, Bobby said Whitney was bisexual. ‘I’m a man and she was attracted to me!’ he explained to UsWeekly. Brown thinks her family kept her from living with the woman – and he said it was her mother, Cissy Houston, who was not OK with the relationship.

It was also alleged that Cissy, now 82, wanted Robyn fired. ‘I really feel that if Robyn was accepted into Whitney’s life, Whitney would still be alive today,’ Brown told the weekly.

‘She didn’t have close friends with her anymore.’ Cissy told Oprah Winfrey in 2013 that it ‘absolutely’ would have bothered her if her daughter was gay.

Àṣá Set to Hold Live in Concert 2 days from Now!