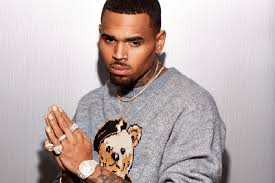 It appears lately the rnb crooner- Chris Brown has been consistently gaining some popularity for trouble making. Fresh details have just been gathered surrounding an incident in Florida where Brown allegedly punched a photographer. The latest development is that the photographer, Bennie Vines, is threatening to sue for his injuries including a busted lip, according to a viable source.

Brown was in Tampa, Florida in the early morning hours on Monday (April 17) when he and his entourage arrived at the AJA Channelside venue for a paid appearance, reports WFTS. Around 1:30 a.m., Breezy and crew were inside the nightclub when the venue’s photographer began snapping pictures. Brown reportedly shut down the photo and “sucker punched” him.

The club’s co-owner, Robert Solomon claims he lost tens of thousands of dollars because of the incident. Conflicting reports say that a fight ensued, but Solomon says “It wasn’t a brawl, Brown punched a photographer at the club and walked out.”

AJA Channelside posted a statement on Facebook informing its customers of how they are handling the situation, saying that assault charges have been pressed.

According to reports, Brown leaped over a couch and punched the unnamed man in the face. In a video obtained by TMZ, it appears that Brown and a bodyguard began throwing punches. The photographer says he suffered injuries to his lip and jaw, stating that he will be pressing charges against Brown.

Tampa police were called to the scene but Brown and crew vacated by the time they reached the premises. Authorities are investigating the pop star for battery.